In my last entry, I finished by saying:

My notes for the day end there, but I imagine I eventually headed back to the hostel and went to sleep.

It turns out that my notes for the next day start with a recap on what happened the night before.  So I can fill in a few blanks here.

Back to the Hostel

I got back to the hostel and found it mostly empty.  Most of the others must have been out doing something else.  Chantelle was there in the common room though, and we filled each other in on what we’d done that day.

After that, we brewed some tea, and played a version of Scrabble where we can make up words, so long as we can define them in a funny way.  It was good times.  As we were playing, more people started to come back and fill up the common room.

I had some jam on bread as a snack, and talked with Peter, Alex, Tara, and Tom about politics (mainly US foreign policy).  Somehow, Sonia convinced me to put some cheese on my jam sandwich.  I noted in my journal that I didn’t think it added much in the way of good flavouring.

It turns out that Chantelle and I hadn’t been the only ones in the hostel – Ryan and Jiv had been there sleeping.  They were both feeling pretty sick.  There was some kind of illness going around, and my throat was starting to get sore, too.

I had a shower, and then I went to bed.

Click here to go to Part 12: Getting Sick, To Poznan, and a Sketchy Hostel

Click here to go back to Part 11: Journey into Auschwitz, and Adventuring Alone in Krakow 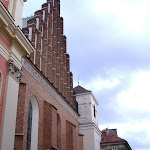 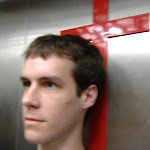 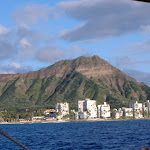