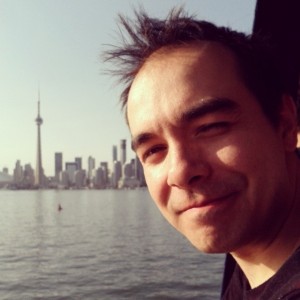 My name is Mike Conley, and I work on the best web browser in the world.

In 2009, I completed an Honours B.Sc, graduating with distinction while doubling in Computer Science and Drama.  In 2010, I completed my M.Sc in the Software Engineering group at the University of Toronto Department of Computer Science.  My research paper was on using peer code review as a teaching tool. My supervisor was Dr. Greg Wilson.

I am currently working as a software developer for Mozilla Corp on the Firefox web browser for desktop. I also periodically contribute to the Thunderbird e-mail client.

If it’s not obvious, I’m a fan of open-source software.  In my spare time, I mentor students hacking on Review Board (on which I also did my GSoC).

For 2008-2009, I was the Assistant Technical Director at the Helen Gardiner Phelan Playhouse at UofT for the University College Drama Program.

I’ve worked for three summers as an internal web application developer for the District School Board of Niagara in St. Catharines, Ontario, and I very rarely dabble in freelance web development.

I have a passion for theater, music, programming, and giving the audience (or user) an enjoyable and intuitive experience.  I’m a huge Peanuts fan, I love dogs, and can’t stand seafood.

In 2004, I co-wrote, co-directed, acted in, and designed sound / music for a multiple award-winning play called Zeemo and Fuft: Spacetronauts.  The play reached the provincial showcase for the Sears Drama Festival, and was presented at the IDEA 2004 World Congress in Ottawa.

I’ve played guitar since I was five years old, and I play and sing backup vocals in a band called The Johnson Report.  Check us out if you have a moment:

There’s lots more to tell, and I’ll eventually put it here.  Until then, courage.

All comments are moderated. Aggressive and / or rude comments will be trashed with glee.

This site uses Akismet to reduce spam. Learn how your comment data is processed.