Hey all – this past weekend, the show I’ve been working on at the UCDP called Attempts On Her Life wrapped up.  I’m really proud to have worked on this show – it is, without a doubt, one of the most visually stunning pieces I’ve ever worked on.  Just to give a glimpse of what the show was, here are some photos from the show.  Thanks to Douglas Hamilton for permission to post these.

The Camera Loves You

Rehearsal - lots of computational power in this play...

I worked on sound design, and composed original music for this piece.

I’ve been asked by a few people to post the soundtrack for the show.  I’ll hopefully do that within the next few days.

2 thoughts on “Attempts On Her Life photos” 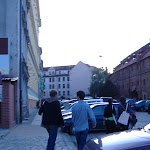 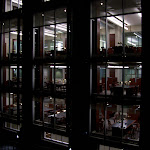 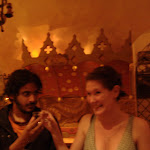