A few months back, I started publishing my bug notes online, as a way of showing people what goes on inside a Firefox engineer’s head while fixing a bug.

This week, I’m upping the ante a bit: I’m going to live-hack on Firefox for an hour and a half for the next few Wednesday’s on Air Mozilla. I’m calling it The Joy of Coding ((Maybe I’ll wear an afro wig while I stream)). I’ll be working on real Firefox bugs ((Specifically, I’ll be working on Electrolysis bugs, since that’s what my focus is on these days.)) – not some toy exercise-bug where I’ve pre-planned where I’m going. It will be unscripted, unedited, and uncensored. But hopefully not uninteresting ((I’ve actually piloted this for the past few weeks, streaming on YouTube Live. Here’s a playlist of the pilot episodes.))!

Anyhow, the first episode airs this Wednesday. I’ll be using #livehacking on irc.mozilla.org as a backchannel. Not sure what bug(s) I’ll be hacking on – I guess it depends on what I get done on Monday and Tuesday.

Anyhow, we’ll try it for a few weeks to see if folks are interested in watching. Who knows, maybe we can get a few more developers doing this too – I’d enjoy seeing what other folks do to fix their bugs!

Anyhow, I hope to see you there! 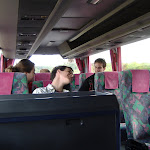 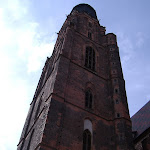 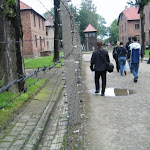