TL;DR: In bug 1336763, I have landed a series of patches that should hopefully make tab closing faster for the majority of cases for users that are using multi-process Firefox.

The rest of this blog post tries to explain why.

Perhaps you’ve seen this dialog before:

This dialog shows up when a website that you’ve interacted with (or one of its subframes) has set an event handler for the beforeunload event, and you attempt to close the tab or browse away from the website.

Here’s the documentation for how beforeunload works, but long story short, you can do a thing in the event handler that will cause the browser UI to show that dialog, which means giving the user the opportunity to cancel their request to close or navigate away from the website1.

In any event2, if a page is going to be unloaded, and that page (or one of its subframes) has set one or more beforeunload event handlers, then it is necessary to run those event handlers to see if we’re going to show the dialog, or go ahead and unload the page straight away.

The content process is sometimes doing stuff on the main thread, and sometimes it’s just waiting for messages from the parent. In the latter case, tab closes happen pretty smoothly – the message comes in, beforeunload events are fired (and hopefully those don’t take too long, but you never know), and then hopefully a result goes up to the parent, and it can move on.

That’s the best case scenario – but lots of things can prevent the best case scenario; for one thing, the main thread might be busy doing other stuff when the message is sent from the parent. Perhaps it’s doing a garbage collection, or a cycle collection, or it’s blocked on some busy JavaScript that some silly advertisement company is running in the background of one of your tabs. In that case, the message from the parent won’t be processed until the main thread is ready.

Once the message is received, we’re still not out of the woods – the beforeunload event handlers can run any kind of JavaScript inside them, more or less. For example, one anti-pattern I’ve seen in the wild is to use the beforeunload event as an opportunity to send a sync XMLHttpRequest in order to get some data to a server before the page goes away3. So the script on the page has an opportunity to delay you, even if it’s not going to cause the dialog to appear.

This problem seems to plague all browsers. beforeunload is a real pain, and our current implementation can cause slow tab closing even if the tab doesn’t have beforeunload event handlers set4. The patches in bug 1336763 offer what I think is a decent, simple solution for that common case in Firefox.

Using some Gecko terminology here, we start by storing a count on something called the TabChild. It might simplify things a bit if you try to imagine the TabChild as the representative of everything in a particular browser tab, and that underneath that TabChild are a bunch of nodes, forming a tree-like structure.

The inner windows under the TabChild contain the documents that are loaded in a tab. For simple web pages, that might just be a single document. In that case, we have a TabChild with just a single inner window node under it.

Pretty straight-forward so far, but there are a few other cases we also have to consider.

There are a couple of ways for a set of beforeunload event handlers to go away. We’ve already mentioned one – script on the page might remove them via removeEventListener.

In both of these cases, if there are beforeunload event handlers in the subframe, it’s necessary to tell the TabChild so that the right number can be decremented from the TabChild count.

Having the TabChild keep a count is an optimization that prevents us from having to walk the inner window tree to collect a sum every time the count changes. It’s a classic space / time tradeoff, and I think it’s worth the extra integer member on the TabChild.

Comparison to other browsers

Here’s one way to compare the behaviour across different browsers:

This is going to hang the main thread in that tab for 15 seconds, but is otherwise inert.

Now try to close the tab. In Firefox, the tab closes right way. In Safari and Chrome (the two other browsers I have on this machine), the tab hangs out for a while. In Chrome, it appears to wait the full 15 seconds. In Safari, it seems to hit some kind of shorter timeout6.

This was a neat set of patches to work on, precisely because it had me tour the depths of Gecko (dealing with things like inner / outer windows, the stuff that manages events, etc), which end up resulting in a simple property that the front-end can ultimately access to optimize closing tabs. So it nicely spanned the gap between low-level Gecko and higher-level Firefox, all for an event that was added back in 2004, for better or worse.

If all goes well, this change should ship in Firefox 55, and apply to multi-process tabs. 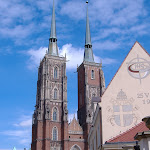 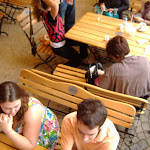 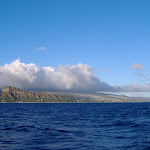