Well, here I am again – apologizing about a late update. Lots of stuff has been going on performance-wise in the Firefox code-base, and I’ll just be covering a small section of it here.

So what are we waiting for? What’s been going on?

Doug was working on this later in 2018, and successfully ported a good chunk of our bookmarks code to use the new batched Places Observer system. There’s still a long-tail of other call sites that need to be updated to the new system, but Doug has shifted focus from this to other things in the meantime.

This has been a pretty long-haul task, but Doug has been plugging away, and landed a significant chunk of the infrastructure for this. At this time, Doug is working with kats to make Document Splitting integrate nicely with Async-Pan-Zooming (APZ).

The current plan is for Document Splitting to land disabled by default, since it’s blocked by parent-process retained display lists (which still have a few bugs to shake out).

Doug is investigating the practicalities of having a service run during Windows start-up to preload various files that Firefox will need when started.

Doug’s prototype shows that this can save us something like 1 second of net start-up time, at least on the reference hardware.

We’re still researching this at multiple levels, and haven’t yet determined if this is a thing that we’d eventually want to ship. Stay tuned.

After much ado, simplification, and review back-and-forth, the initial set of new tab animations have landed in Nightly. You can enable them by setting browser.tabs.newanimations to true in about:config and then restarting the browser. These new animations run entirely on the compositor, instead of painting at each refresh driver tick, so they should be smoother than the current animations that we ship.

There are still some cases that need new animations, and Felipe is waiting on UX for those.

The new about:performance shipped late last year, and now shows both energy as well as memory usage of your tabs and add-ons.

The current iteration allows you to close the tabs that are hogging your resources. Current plans should allow users to pause JavaScript execution in busy background tabs as well.

Gijs has landed some patches in Nightly (which have recently uplifted to Beta, and are only enabled on early Betas), which lowers the default frame rate of Firefox from 60fps to 30fps on devices that are considered “low-end”1.

This has been on Nightly for a while, but as our Nightly population tends to skew to more powerful hardware, we expect not a lot of users have experienced the impact there.

At least one user has noticed the lowered frame rate on Beta, and this has highlighted that our CPU sampling code doesn’t take dynamic changes to clock speed into account.

While the lowered frame rate seemed to have a positive impact on page load time in the lab on our “low-end” reference hardware, we’re having a much harder time measuring any appreciable improvement in CI. We have scheduled an experiment to see if improvements are detectable via our Telemetry system on Beta.

We need to be prepared that this particular adjustment will either not have the desired page load improvement, or will result in a poorer quality of experience that is not worth any page load improvement. If that’s the case, we still have a few ideas to try, including:

Gijs short-circuited a bunch of places where we were needlessly creating about:blank documents that we were just going to throw away (see this bug and dependencies). There are still a long tail of cases where we still do this in some cases, but they’re not the common cases, and we’ve decided to apply effort for other initiatives in the meantime.

Experiments with the Process Priority Manager (In-Progress by Mike Conley)

This was originally Doug Thayer’s project, but I’ve taken it on while Doug focuses on the epic mountain that is WebRender Document Splitting.

If you recall, the goal of this project is to lower the process priority for tabs that are only sitting in the background. This means that if you have tabs in the background that are attempting to use system resources (running JavaScript for example), those tabs will have less priority at the operating system level than tabs that are in the foreground. This should make it harder for background tabs to cause foreground tabs to be starved of processing resources.

After clearing a few final blockers, we enabled the Process Priority Manager by default last week. We also filed a bug to keep background tabs at a higher priority if they’re playing audio and video, and the fix for that just landed in Nightly today.

So if you’re on Windows on Nightly, and you’re curious about this, you can observe the behaviour by opening up the Windows Task Manager, switching to the “Details” tab, and watching the “Base priority” reading on your firefox.exe processes as you switch tabs.

After an epic round of review (thanks, Dao!), the patches to move our tabs-in-titlebar logic out of JS and into CSS landed late last year.

Along with simplifying our code, and hammering out at least one pretty nasty layout bug, this also had the benefit of reducing the number of synchronous reflows caused when opening new windows to zero.

This project is done!

There’s one known bug remaining that’s preventing us from letting the privileged content process from being enabled by default.

Thankfully, the cause is understood, and a fix is being worked on. Unfortunately, this is one of those bugs where the proper solution involves refactoring a bit of old crufty stuff, so it’s taking longer than I’d like.

Still, if all goes well, this bug should be closed out soon, and we can see about letting the privileged content process ride the trains.

This is an informal list of things that I’ve seen land in the tree lately that I believe will have a positive performance impact for our users. Have you seen something that you’d like to nominate for a future list? Submit the bug here!

Also, keep in mind that some of these landed months ago and already shipped to release. That’s what I get for taking so long to write a blog post. 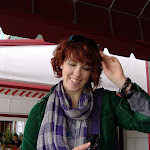 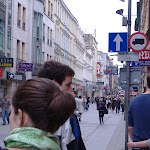 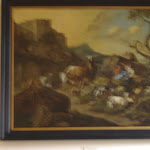