We’re on the road, on our way from Wroclaw to Warsaw.

We had gotten up at 5:30AM, said goodbye to Una, Linn, Tara, Tom and Sonia (they were staying behind in Europe), packed, and boarded the bus. 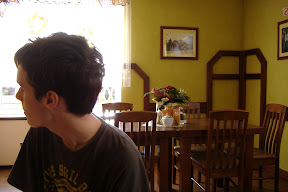 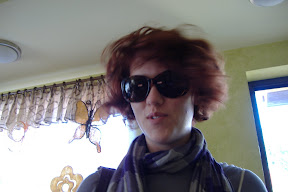 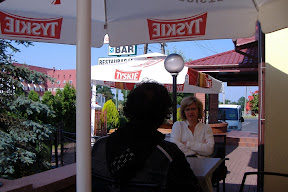 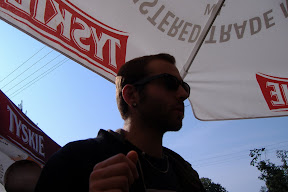 We arrived at the airport in Warsaw around 1PM. 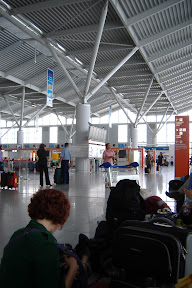 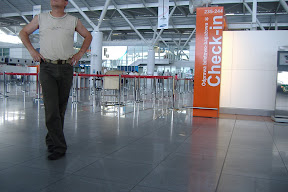 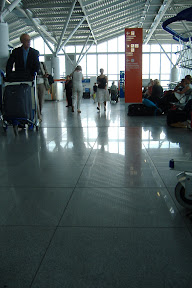 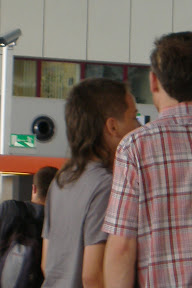 We hung around, got our bags checked, and eventually said goodbye to Tamara.  She’d be traveling home sometime later.  Thanks so much for the great trip, Tamara! 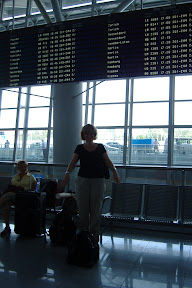 Security was no fuss.  We killed time in the duty free waiting for our flight.  I bought a chocolate bar with my last 10z.  We board at 4PM. 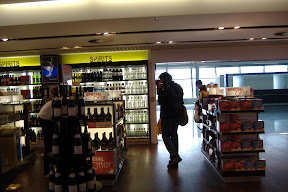 We’re all really anxious to get home.  I think we’re all pretty sick of traveling now – and we have an 8+ hour flight ahead of us.  Just look at these faces. 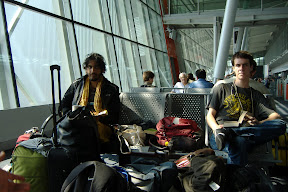 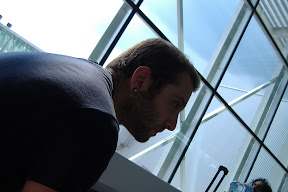 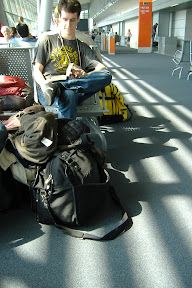 We just want to get home.

Eventually we boarded the plane: 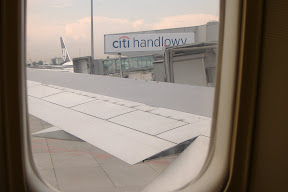 We’re already an hour into the flight.  Somehow, this plane isn’t giving me too much confidence.

The safety video (on a single screen at the front of the plane) kept flickering in and out, and I think I missed a lot of important information.

There were several instances where music would start to play for a few seconds in the cabin, and then abruptly stop.

Ryan and Jiv just noticed that there’s water dripping on them from above the overhead compartment.

My headphones don’t seem to work unless I hold them in.

And there’s masking tape holding part of the wall together.

A Lapse in Writing Cohesion

At this point in my journal, my writing really started to deteriorate.  The timestamps have less and less meaning as I travel across time zones.  I think my pen was starting to run out of ink, I was exhausted, and the boredom of the flight was starting to drive me nuts.  I’ll do my best to translate the scrawl that ended my journal.

No idea where we are, so no real clue on what the actual time is.  Still, it’s pretty bright out.  Looks like mid-afternoon outside.  This is going to be the longest day of my life.

I’m trying to read Guns, Germs and Steel, but I just can’t concentrate.  I can’t wait to be home.

Hannah Montana is the inflight film.  SHOOT ME. 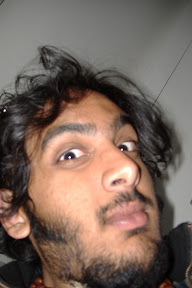 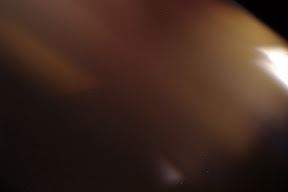 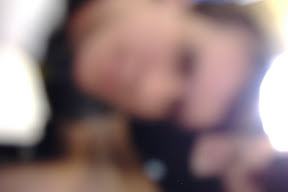 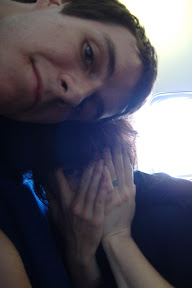 The minutes are crawling by.  3 or 4 more hours.  Pen is starting to fail me.

Still bright out.  Spooky.  About to get our second meal!  Surprise:  it’s a sandwich.  And the Nutcracker Suite just came on in my headphones again.  That’s 6 times in total now.

Just filled out declaration card for Canada Customs.  There are lots of confused people who don’t speak English on the plane.  Lots of passengers standing up, and gesturing to one another frantically.  Wish I could help, but I don’t speak Polish.

Got off the plane.  Buzzed through customs.  Luggage was late getting onto the carousel, but it eventually showed up.  Said lots of goodbyes to people.  Jiv’s family offered to drive me home, and I gratefully accepted.

Noticed plenty of garbage on the streets on the drive in – though I had imagined more.

Eventually showed up at my apartment in Toronto.  Said goodbye to Jiv and his family.

Went inside.  Fingers barely worked.  Made contact with Em, the guys, and my family to let them know I was alive.

And then collapsed into bed.  It was good to be home.

Click here to go back to My Poland Journal: Index

Click here to go pack to Part 16: Last Full Day in Poland, and THE TEMPTATION OF QUIET VERONICA 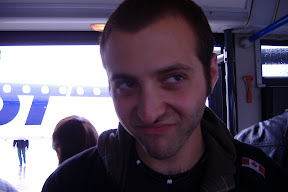 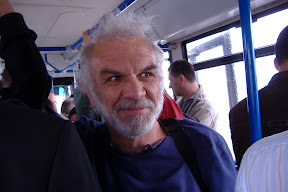 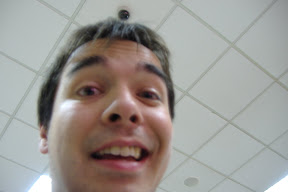 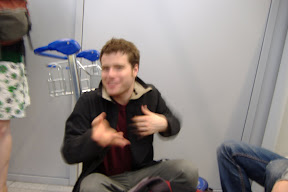 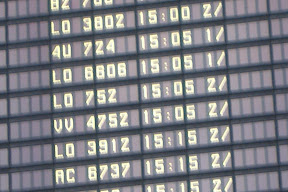 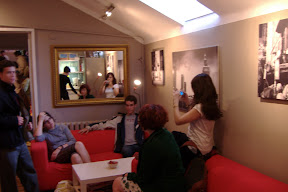 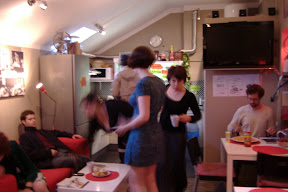 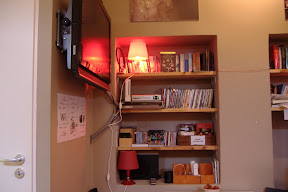 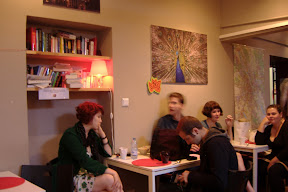 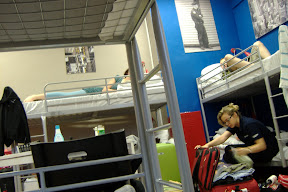 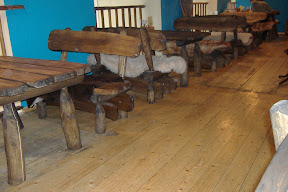 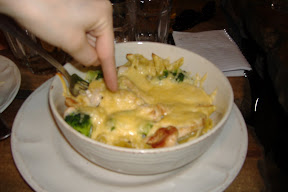