I’ve been studying for a midterm.  It’s been a little while since I’ve had to write a test like this, and I’d forgotten what it feels like.

As a reward for some long studying, and a rather hard week for both of us, my girlfriend Em and I decided to watch The Lord of the Rings:  The Twin Towers DVD last night.  Three things:

First, it’s better than I remember.  Second, the special effects still hold up.

Third, I’ve realized that studying for an exam might be a lot like how generals prepare for war.  I try to out-think and out-strategize my opponent (the instructor)…what angles are they most likely to attack from?  What are my best defenses?  What can I attack with?  How will they try to surprise me?  What are my weaknesses?  What ammunition do I have?  What might I have to sacrifice?  Will I lose?

In this case, my opponent hadn’t given me much to work with.  No past exams.  No exam outline.  Nothing.  Just a point in the textbook, and everything up to it was fair game.

And so I strapped on my armor this morning (a pair of jeans, a t-shirt, my boots, and my pea coat), sheathed my sword (a 0.5mm mechanical pencil into my pencil case), and prepared for my epic battle.

I would be facing the Dark Lord of Automata Theory this morning.

As I approached the battlefield, a disquieting and familiar cry entered my mind:

Thanks for the support, Gandalf.  I hoped he was wrong.

After surveying the landscape, I breathed a sigh of relief.  Luckily, my opponent hadn’t tried anything too tricky.

I think I did alright. 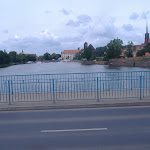 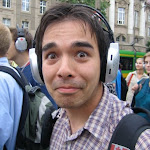 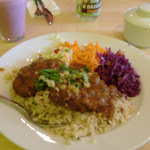