Quick note here while I’m in between classes:

If you’re planning on auditioning for the University College Drama Program at UofT for next year, you must follow these instructions before March 13, 2009.

Tell everyone you know who is interested, because if you don’t get the forms in before that date, it gets a lot more complicated to be considered.  A lot.

(In case you missed them, here are parts one and two.)

After my second audition to DRM200 (when I was actually hoping to get into DRM200), it took a week or two for the names to get posted.  My name was on the list, as well as another GSS student – my friend, Anjali Mulligan.

I have to say, I was pretty happy – since the massive failure of Engineering, this was one of the first times that I got the sense that something within the University was interested in me.  My bruised ego was getting some ice put on it.

I was happy, but also a little apprehensive.  You have to remember, I hadn’t been on stage since 2004, and this was two years later.  I felt rusty.  And, again, the style of theater that I’d learned at GSS was very different from what was taught at the UCDP, and I didn’t know if I could change my spots.

Those who’ve worked in theater know that stage work is very intimate with the other actors.  You spend loads of time with each other, you have to be able to get into each other’s space, you have to understand each other’s perspectives.  Since I had been in Engineering for a year, I’d gotten used to feeling isolated, and working alone.  This would be my first exposure to ensemble work in quite some time.

So, I was gratified in finding out that I had an outstanding class.  All very talented, all very friendly.  Collectively, we had a hodge-podge background: first year students, mature students, students from other countries, students who had worked professionally in film and television, and more.

It’s wonderful how, when a group goes through hardship, they bond – like melting under heat and pressure.  Over the course of the year, working with instructor Ken Gass on scenes, improvs and monologues, we all became very close.  It was a very good feeling.

The UCDP has a very positive atmosphere in the student community.  We all look out for each other.  When the 200’s do their first monologues, the entire student body usually shows up to support. It is overwhelming, intimidating, and wonderful.  The 200’s just recently did their Shakespeare scenes, and the audience was packed.  The 300’s also did some contemporary work, and a ton of students showed up.

So, the take home message:  the community at the UCDP is really talented, great and supportive.  You’ll be hard pressed to find a more interesting collection of people!

So I took a trip past my old highschool yesterday, and it turns out that there are a bunch of people there interested in coming to the University of Toronto.

And a bunch of them want to take drama.

So I’m going to start recalling my experience going from Grimsby Secondary School to the University College Drama Program (UCDP) at UofT.  I’m going to break it into chunks – so I guess this is part 1.  I’m just going to freeball this, so I’m sorry if this is all over the place.

The drama program at Grimsby Secondary School is extremely physical.  The teachers, Soyka, Rosie, and Ebert, come from a physical tradition of theater originating from a man named Jacques Lecoq.  So, essentially, if you’re going to GSS, you’ve probably got a bit of Lecoq training in you.

And believe it or not, that GSS training is pretty special.  The Lecoq school is in Paris, and so it had to cross quite a distance to get into Grimsby, Ontario.  The theater tradition in Canada, generally speaking, does not involve theater as physical as Lecoq’s – it’s a bit of an anomaly.

So entering the UCDP was a bit of a shock.  The UCDP does not focus physically like GSS – it’s much more broad, and tries to give its students high academic exposure to a myriad of different theater styles.  I say academic exposure, because while you might talk about other styles in academic classes, on the practical level, the theater style at the UCDP is pretty consistent across the board for the first few years.

Let me back up a bit, and get a bit more precise:  I’m going to be talking about the performance practicals at the UCDP, so that means the acting classes.  There are three levels of acting classes:  DRM200, DRM300, and DRM400.  If you make it past auditions, you enter into DRM200 to begin with.

DRM200 is taught by Toronto writer/director Ken Gass – a legend in the Toronto alt theater movement, and the brains behind Factory Theater.

Assisting Ken is Nicky Guadagni, an extremely capable and talented actor, with a very impressive resume.

In, no particular order, this is the type of work we do in DRM200:

When you take DRM200, you also take DRM201 – Voice and Movement.  You have to take this course, simultaneously – there’s no way around it, and I wouldn’t have it any other way.  DRM200 and DRM201 interlace quite nicely, with each class feeding into each other.  DRM201 is really two courses – Voice is one course, Movement is the other.  They each have their own instructor.  In DRM201, you have Cindy Block for Voice and Sallie Lyons for Movement.

Voice is a study of the Linklater approach to voice work, and is focused primarily on freeing the voice.  Freeing it from what, you ask?  Freeing it from the imposed tensions, the habitual stuff we put on it all day.  It’s about finding range, and expressiveness in your voice.  It’s about making people want to listen to you, and to convince them with what you say.

Movement is a whole bunch of stuff:  Laban, Viewpoints, Yoga…DRM201 Movement is mostly concerned with freeing physical tensions in the body.  In DRM201 for me, Sallie corrected by misaligned walk, pointed out some pretty crazy tension in my shoulders, and helped me discover some new muscles in my body.  It’s good stuff.

I’ll talk a bit more about the UCDP in Part 2.  I’ll probably talk about auditions too. 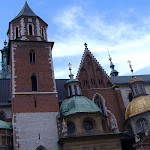 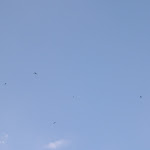 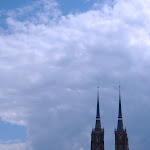