I’m super exhausted tonight, but I wanted to make sure I wrote about the UCDP Directors’ Shows – because they’re coming up!

At the UCDP, there is a 400 level course for Directing (I think it’s called Seminar in Directing, but I’m not sure…check the course calendar).  The students in this course each select a play that they’d like to direct, and pitch a concept to the UCDP faculty for consideration.  Upon approval, they cast the show, start rehearsals, work with designers, work with production people, and slowly assemble their shows.

They’re also my friends and colleagues, and I think they’re all very talented!

So the shows from this year’s directors are coming up.  Here are the dates and descriptions, copied verbatim from the program website:

In the beginning there is a rapidly shrinking universe that is one life.  A young and successful man seems to have lost the warm little centre of his world, that something which is the reason for waking up in the morning, the “stuff that makes a smile rise up”.  He hasn’t smiled in years, he’s become emotionally numb, and settled in a place where the search for any meaning in life has ended with inconclusive results, where there is a void so profound that he lacks even the drive to keep filling it with day to day living.  It is at the moment when he stands at the top of a bridge prepared to exit when the play begins.

The Universe –written by Richard Foreman, directed by Olga Ryabets

This play has no story, no climax or anything. I think the point is contained not in the play, but rather in the experience of watching the play. I think experiences like this can potentially help a person in dealing with the unexpected. This is a theory I am testing out.

Shape of a Girl –written by Joan MacLeod, directed by Sarah Miller-Garvin

Little Girls Killing Each Other: It’s 1997 and all of Canada is shocked by the murder of Reena Virk, a young girl killed by several female classmates who claimed she had stole their boyfriends and spread rumours about them.  15-year-old Braidie stands alone on a beach and finds herself haunted by the similarities between herself and Reena’s murderers, forcing her to rethink everything she’s based her world on.

The (abridged) Adventures of Ali & Ali and the aXes of Evil: A divertimento for warlords – written by Marcus Youssef, Guillermo Verdecchia, and Camyar Chai, directed by Jiv Parasram

They made it through Mogadishu! They brought Hilarity to Haiti! They made Kabul Kollapse with laughter (may be related to bombings)! Now we’re bringing them to the UCDP! They’re Ali Hakim, and Ali Ababwa! And they’re bringing a Korean!

GSS / Highschool Folk Auditioning for DRM200:  It would be a good idea to see these shows – it’ll certainly get the interviewer’s attention if you tell them that you saw some student work at the UCDP.  Big plus.  If you miss these shows, it’s not the end of the world, but still, any edge you can get… 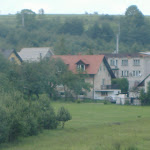 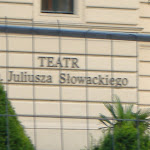 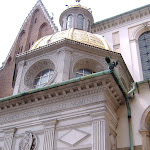