Today, in my apartment, was spring cleaning.

As I helped Doug, one of my roommates, plunge a putrid black foulness out of the bathroom sink, my mind wandered, and I got to thinking about something that’s been bugging me for a few days:

In my User Interface design class (CSC318: The Design of Interactive Computational Media), we were given lots of tips and ideas on how to make our software interfaces easy to use, and invisible.  If we do our job right, the user should not even notice the interface they use in order to get what they want.  For example, a well designed doorknob is more or less invisible to the user – they just know they want to get to the other side of the door.  The only time they really notice the doorknob is when it stops working.

Which brings me to the other side of my thought:

I was reading something on CBC.ca about how Bell was changing their network so that competing ISP’s that use their network can no longer offer unlimited bandwidth.  Bell’s argument was that this would reduce network congestion, something like that.  Don’t quote me, I’m paraphrasing here.

Naturally, there was plenty of outrage in the comments.  Plenty of people posting about how Bell’s service is terrible, and that they’re less interested in network congestion, and more interested in handicapping their competitors.

All of this is just scenery, by the way.  What I’m getting to, is one particular comment that was posted, where someone complained about the “culture of entitlement” that we have, and that of course we should be billed for the amount of bandwidth that we use, just like we’re billed by how much water we use.  The user went on to say something about how we’re all spoiled brats, and that when we ask for something unlimited, we’re asking for others to pay for it.

Now, I neither agree nor disagree with this user.  I don’t know much about this Bell thing, and that’s not what I’m writing about.  What I’m interested in is this idea that we’re in a culture of entitlement, which immediately makes me feel like a spoiled brat.

Remember that video I posted a while back?  Everything is amazing, and nobody is happy? If you haven’t, take a look.  It more or less sums up this “culture of entitlement” idea.

So how does this relate to UI design?

Well, when we create something so easy for our user to work with, aren’t we just contributing to this spoiled culture of entitlement?

By making our software so blindingly simple, aren’t we catering to this mentality that things should “just work”, which fuels the outrage when things “don’t work”?

I know.  Part of my job is to make things that just work.  I know that.

But don’t you see where I’m getting at?  We’re making really cool technology, and really cool gadgets – but take a look:  doesn’t it seem like we’re all becoming a bunch of spoiled techno-brats?  Don’t we become howling imbeciles when our iPhone won’t work, or a web page loads slowly?

One of my Professors, Greg Wilson, taught me that when two options look bad, it’s more or less about trade-offs.  I guess that’s what we have here.

Because I’m completely split on this matter.  My UI self is saying “Yes!  For god’s sake, make it simple for people.  Make the interface invisible so that the user can get their work done.”

The other half of me is wondering:  what is happening to our culture?  I see people walking around with laptops out, demanding wifi and groaning when it doesn’t work, getting frustrated with their highly sophisticated phone, and getting upset at a global network of computers for having “congestion”.

I see this “culture of entitlement”.  I’m not sure that I like it.  And, regardless, I’m not exactly sure what I can do about it.

I’ve thought about this some more.

But what if we go back even further?  If we were to go back in time to, say, the 1950’s, and ask the old folk if the young people were part of a “culture of entitlement”, what would their answer be?  Probably yes.

Correct me if I’m wrong here, but it seems inevitable:  the older culture will always think the younger one is spoiled.

Everything is amazing, and nobody is happy.  Of course things are amazing, and of course we take things for granted.  I don’t think that will ever change.

Meanwhile, while I’m typing this, I’m working on a state of the art piece of machinery.

I guess that makes me one big ol’ hypocrite.

But I think that’s true of anyone who starts complaining about the “culture of entitlement”.

Correct me if I’m wrong.

Another Update: In hindsight, maybe I shouldn’t have used the term “culture of entitlement”, since it seems to have a more sophisticated meaning than I originally intended to convey. Maybe I just meant “culture of spoiled people”.

I want you all to know that I don’t plan on becoming one of those bloggers that just posts funny videos that they found on Digg.

But I found this funny video on Digg.

And it’s not just funny – it’s completely true.  I’m absolutely guilty of what this guy is talking about.  My generation is totally spoiled.

Here’s a link to the video.

Maybe, every now and then, we should stop complaining about technology, and marvel at just how incredible its existence really is.  Stop begging for the flying car, and be thankful that your cellphone communicates with satellites in space. 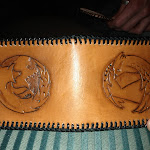 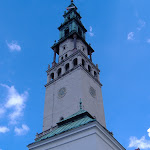 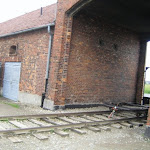