I can’t honestly say I’ve been doing much test-driven development on Review Board.  Django is a really cool web-framework, but I miss all of the nice testing tools from the Rails ecosystem.

Anyhow, today, I decided to run the tests, and BAM – Segmentation Fault:

Yikes.  Getting a segfault in Python is unusual, and a little jarring.  However, it did let me narrow down the problem a bit:  it must have to do with the pysvn bindings that Review Board uses to talk to Subversion, because those are written in C++ (which can certainly segfault).

The machine I was using had Ubuntu Hardy on it, and the Hardy packages have pysvn 1.5.2-1.  Taking a look at the pysvn homepage, the most recent version is actually 1.7.2.

So, I uninstalled pysvn, downloaded the source for 1.7.2, compiled it, and installed it manually. 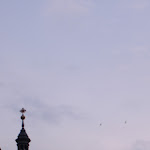 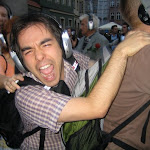 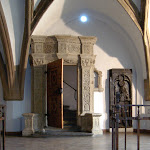