I was really happy to see all of the response to my last blog post. Lots of great ideas and suggestions.  Thanks all!

One of the problems that was brought up with my original idea for teaching code review was that it punishes students twice if they didn’t understand a programming concept.

For example, if a student does not understand what pipes are for and how they work, they’re probably going to do pretty poorly on their pipes assignment in a systems intro course.  So there’s one slam for the student.

The second time is when they review their peer’s code.  If they still don’t understand how pipes work, their reviews are going to be pretty trashy.  And they’ll get a poor mark for that.  And that’s the second slam.

The problem here is that the students don’t get any feedback before they go into the peer review process.  For the “weaker” students, this essentially means bringing a knife to a tank fight.

So here’s an idea:

From my viewpoint, this model has several obvious strengths and weaknesses.

One major strength is that, even if students do poorly in the coding portion of their assignment, they might still have an opportunity to make it up by learning from their peers during the group consensus review.  They’ll also have an opportunity to demonstrate their new-found understanding by reviewing their own code, and admitting the shortcomings.

A major weakness of the idea is the sheer organizational complexity.  Did you see how many steps there are?  That’s a lot of work.

Plus, the model makes some pretty wild assumptions.  A few off the top of my head:

There are probably more that I’m not seeing yet.

Anyhow, this was an idea I had a few days ago, and I just wanted to write it down.

One thought on “Teaching Peer Code Review By Consensus” 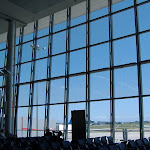 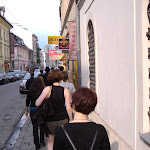 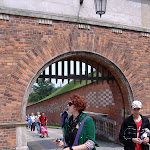