My past few blog posts have been concerned with the usefulness of peer grading.  Steve Joordens showed that peer grading was pedagogically useful for first-year psych students…but what about computer science students?  Would they learn from it?  Would they become better programmers?

Maybe it’s time to find out.

I have two groups of students.  Let’s call them groups A and B.

If grading made the students better programmers, we should see an increase in the number of marks given to the students in group B for P2.

Bonuses, and Other Concerns

This experiment is nice and simple. And, besides showing if peer grading makes students better programmers, it gives us a couple of bonuses:

I’ll have to do randomization here and there to eliminate ordering effects – for example, randomizing the criteria on the rubric, randomizing which assignments go first and second, randomizing the order in which the mock-up submissions are shown, etc.

One thing to consider though:  what effect does simply seeing the rubric have on students?

I’ve been in courses where I’ve not been allowed to see the marking rubric for some assignment.  It’s frustrating.  Seeing the rubric helps me focus on the areas that I’ll be marked on.

So what if just seeing the rubric makes the students “better programmers”?  One way to counteract this would be to have the rubric for the second assignment be quite a bit different than the one for the first assignment.

Oh yeah.  Stats.  Not my strongest subject.  I’m going to have to brush up on this (and probably enlist some help within the department) if I’m going to do this properly.  I’m probably not going to get as many participants as I think I will…so I have to accommodate small N.  Hrm.

Anyhow, this is where my summer experiment seems to heading.  What do you think?  I’m all ears. 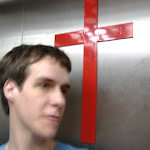 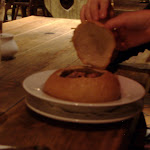 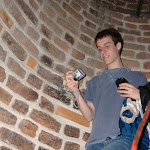