The fourth episode is up! Richard Milewski and I found the right settings to get OBS working properly on my machine, so this weeks episode is super-readable! If you’ve been annoyed with the poor resolution for past episodes, rejoice!

In this fourth episode, I solve a few things – I clean up a busted rebase, I figure out how I’d accidentally broken Linux printing, I think through a patch to make sure it does what I need it to do, and I review some code!

The third episode is up! My machine was a little sluggish this time, since I had OBS chugging in the background attempting to do a hi-res screen recording simultaneously.

Richard Milewski and I are going to try an experiment where I try to stream with OBS next week, which should result in a much higher-resolution stream. We’re also thinking about having recording occur on a separate machine, so that it doesn’t bog me down while I’m working. Hopefully we’ll have that set up for next week.

So this third episode was pretty interesting. Probably the most interesting part was when I discovered in the last quarter that I’d accidentally shipped a regression in Firefox 36. Luckily, I’ve got a patch that fixes the problem that has been approved for uplift to Aurora and Beta. A point release is also planned for 36, so I’ve got approval to get the fix in there too. \o/

Here are the notes for the bug I was working on. The review feedback from karlt is in this bug, since I kinda screwed up where I posted the review request with MozReview.

The second episode is up! We seem to have solved the resolution problem this time around – big thanks to Richard Milewski for his work there. This time, however, my microphone levels were just a bit low for the first half-hour. That’s my bad – I’ll make sure my gain is at the right level next time before I air.

Here are the notes for the bug I was working on.

And let me know if there’s anything else I can do to make these episodes more useful or interesting. 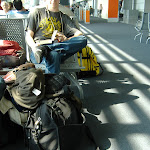 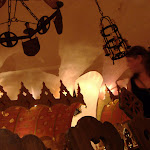 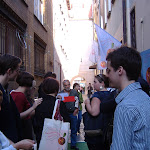