From the very beginning, my GSoC project has been mainly focused towards one primary goal:  I want to build an extension for Review Board that will allow me to collect information about how long reviewers actually spend reviewing code.

That’s easier said than done.  When I started, the Review Board extension framework wasn’t really in a state to allow such an extension to exist.

So I’ve been tooling around in the Review Board code for the past 2 months, preparing the framework, and getting it ready to handle my extension.

And last night, it started to work.  I can now give rough estimates on how long a reviewer has spent reviewing code.

My extension adds a new table to the database which stores “reviewing sessions”.  Each reviewing session is associated to a particular review request and user, and also has a field to store the number of seconds that a user has spent in review.

I’ve created a TemplateHook that allows me to inject Javascript into key areas of Review Board (in particular, the diff viewer, and the screenshot viewer).  The Javascript does the following:  every 10 seconds, we check to see if the mouse has moved on the body of the HTML document.  If it has, we send an “activity” notification to the server.

The server receives this activity notification through the Web API, and checks to see if the time lapsed since the last session update was greater than 10 seconds.  If it is, we increment the working session by 10 seconds and return a 200 HTTP code.  If it isn’t, we don’t change anything and return a 304 HTTP code.

Next, my extension waits for a user to publish a review.  When it notices that a review is being published, it finds the working session for that user and review request, and then attaches it to the published review.  If the user then starts looking at the diff or screenshots again, a new working session is created.

Not bad.  For a first draft, anyhow.

I think I’m going to try to chart the data somehow, so that users can track their inspection rates.  I’ll let you know how that goes.

So, after diving into the Review Board extension code, I hit a little snag.

It turns out I never learned about Python metaclasses.  And the extension code in Djblets / Review Board uses them.  In the map I made of the Review Board extension code, I represented my confusion with an image of some kind of quantum-divide-by-zero implosion.

I’ll get to the why for metaclasses in a second.  First, I’ll demonstrate how it’s currently being used in the code.

The Way Things Are

This snippit is from the Djblets library, in the extensions folder, in base.py:

And here are those classes being used in the Review Board extension directory, where it defines its hooks:

The idea here is that, if someone wanted to write an extension, they could add a hook to the navigation bar by subclassing the hooks, like so:

(from the rbreports prototype extension)

Why? And what is a metaclass anyways?  Why is this useful at all?

Well, luckily, I think I’ve figured it out.

Metaclasses are deeper magic than 99% of users should ever worry about. If you wonder whether you need them, you don’t (the people who actually need them know with certainty that they need them, and don’t need an explanation about why).
— Python Guru Tim Peters

There are plenty of resources available regarding Python’s metaclasses.  And I ended up reading a ton of them trying to figure out just what the hell metaclasses actually do.

As it turns out, the best explanation I got was from Wikipedia:

In particular, check out their example on Cars.  That, for me,  more or less set the record straight on how metaclasses are used.

But why does Review Board use them when defining those hooks, like DashboardHook?

Forget the metaclasses for just a second.

Something is missing from that code that I posted up.

I’ll pose it as a question:  How exactly is Review Board supposed to know about ReportsDashboardHook?  Like…if we’re rendering the Dashboard, and want to fire off calls to all of our DashboardHooks…how do we do it?  How can we find all of the active extension subclasses for DashboardHook?

One way you could do it, is to dive into the extensions directories, and use regular expressions to find defined classes.  That sounds like a lot of work, brittle, and prone to error.  What else?

Next, you could go back to those extension files, “eval” them (shudder), and extract the globals(), looking for ExtensionHook subclasses.  That also sounds like lots of work, brittle, and prone to error.

You could go for class.__subclasses__…but this gives you every subclass, and we just want the hooks that are for active extensions.  We could filter out all of the ones that aren’t activated, but we’d have to do that for every hook, and that blows.

And then when an extension is shut down, we just remove it from the global hook list.  That doesn’t look so bad, does it?  The only problem, is now we have to trust that extension developers will know to add those hooks to the global_hook_list?  It’s another step, another thing to forget, and another point of failure.

And it seems silly – I mean, why go through all this effort?  Review Board has already seen these hooks…why should it be so hard to just access the list activated hooks easily?

And there it is. That’s why I think we’re using metaclasses.

So now, all we need to do to add our implemented hook to the list of hooks, is to simply subclass DashboardHook, or NavigationBarHook, or any of those Review Board hooks.  No need to add the hook to the global list manually – Djblets / Review Board will take care of it.  So now, we can get all of the DashboardHook subclasses for activated hooks, easily and consistently, with no extra work for the extension developer.  Same with the NavigationBarHook subclasses.

Anyhow, that’s my understanding of it.  If I’m totally off, I’ll let you know when I find out. 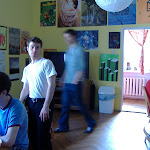 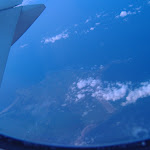 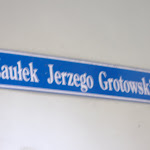