Yesterday, a bunch of Greg Wilson’s grad students had dinner at his place.  We got to meet his wife, his daughter, and eat some pretty amazing food.  It also gave his new grad students an opportunity to say an official “hello”, and introduce themselves to everybody else.

After introducing myself as having had an undergraduate degree in Computer Science and Drama, somebody made some remark about what an interesting combination that is. Greg replied by saying something like “That’s why I chose him”, and told a story about how one of the best programmers he ever knew was originally training to become a Rabbi, and got into Computer Science because he was working on some translations of ancient texts.

This got me thinking.  When I started focusing on both Drama and Computer Science, I remember always finding ways where Computer Science could help Drama.  I can easily rattle off a bunch of examples:

So, while I was at the UCDP, all of these ideas rattled around in my head. I’ve now come to the realization that this has been completely one-sided.

So let’s switch it around – what can Drama bring to Computer Science?

The easy one is presentation/communication skills.  A CS student might be brilliant, but that doesn’t mean they can present or communicate.  And if an idea can’t be communicated, it’s worthless.

But what else?  Any ideas?  I’m going to think about this for a bit, and I’ll see if I can come up with any more.

UPDATE: So here’s what I found… 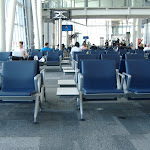 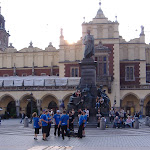 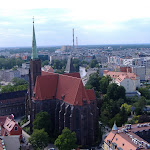