How to convert an NSString to a Gecko nsAString

I actually discovered this during my most recent Joy of Coding episode – there is a static utility method to convert between native Cocoa NSStrings and Gecko nsAStrings – nsCocoaUtils::GetStringForNSString. Very handy, and works exactly as advertised.

An “Attach to Process by pid” Keyboard Shortcut for XCode

I actually have colleague Garvan Keeley to thank for this one, and technically I learned this on April 24th. It was only this week that I remembered I had learned it!

When I’m debugging Firefox on OS X, I tend to use XCode, and I usually attach to Firefox after it has started running. I have to navigate some menus in order to bring up the dialog to attach to a process by pid, and I was getting tired of doing that over and over again.

So, as usual, I tweeted my frustration:

Dear lazyweb – is there an XCode keyboard shortcut for “Attach to Process” > “By Process Identifier (PID) or Name”? Mousing it blows.

AND LO, THE INTERNET SPOKE BACK:

It seems small, but the savings in time for something that I do so frequently quickly adds up. And it always feels good to go faster!

According to mstange, it is possible to get profiles from hung Firefox processes using lldb ((Unfortunately, this technique will not work for Windows. 🙁 )).

I noticed that when I talked about “things that I passed to functions ((Or methods.))”, I would use “arguments” and “parameters” interchangeably. I recently learned that there is more to those terms than I had originally thought. 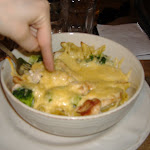 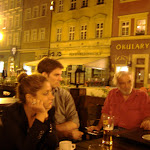 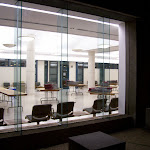