For example, here is where we synthesize native mouse events for OS X. I think this is mostly used for testing when we want to simulate mouse activity.

Note that if you attempt to replay a queue of synthesized (or cached) native Cocoa events to trackSwipeEventWithOptions, those events might get coalesced and not behave the way you want. mstange and I ran into this while working on this bug to get some basic gesture support working with Nightly+e10s (Specifically, the history swiping gesture on OS X).

We were able to determine that OS X was coalescing the events because we grabbed the section of code that implements trackSwipeEventWithOptions, and used the Hopper Disassembler to decompile the assembly into some pseudocode. After reading it through, we found some logging messages in there referring to coalescing. We noticed that those log messages were only sent when NSDebugSwipeTrackingLogic was set to true, we executed this:

In the console, and then re-ran our swiping test in a debug build of Nightly to see what messages came out. Sure enough, this is what we saw:

This coalescing means that trackSwipeEventWithOptions is only getting a subset of the events that we’re sending, which is not what we had intended. It’s still not clear what triggers the coalescing – I suspect it might have to do with how rapidly we flush our native event queue, but mstange suspects it might be more sophisticated than that. Unfortunately, the pseudocode doesn’t make it too clear.

String templates and toSource might run the risk of higher memory use?

I’m not sure I “learned” this so much, but I saw it in passing this week in this bug. Apparently, there was some section of the Marionette testing framework that was doing request / response logging with toSource and some string templates, and this caused a 20MB regression on AWSY. Doing away with those in favour of old-school string concatenation and JSON.stringify seems to have addressed the issue.

I think I knew this a while back, but I’d forgotten it. I actually re-figured it out during the last episode of The Joy of Coding. When you change the remoteness of a <xul:browser>, you can’t just flip the remote attribute and call it a day. You actually have to remove it from the DOM and re-add it in order for the change to manifest properly.

You also have to re-add any frame scripts you had specially loaded into the previous incarnation of the browser before you flipped the remoteness attribute.1

Using Mercurial, and want to re-land a patch that got backed out? hg graft is your friend!

Suppose you got backed out, and want to reland your patch(es) with some small changes. Try this:

This will re-land your changes on top of tip. Note that you need –force, otherwise Mercurial will skip over changes it notices have already landed in the commit ancestry.

These re-landed changes are in the draft stage, so you can update to them, and assuming you are using the evolve extension2, and commit –amend them before pushing. Voila!

Here’s the documentation for hg graft.

According to mstange, it is possible to get profiles from hung Firefox processes using lldb1.

I noticed that when I talked about “things that I passed to functions5”, I would use “arguments” and “parameters” interchangeably. I recently learned that there is more to those terms than I had originally thought.

“Things I learned this week” is my favorite section of our weekly team meeting.

This is the first post in a weekly series, where I’m going to attempt to distill down my week into some lessons or facts I’ve picked up. Maybe they’ll be interesting to others. We’ll see.

So let’s see if I can keep this up for a few weeks. Maybe I’ll get a collection of useful stuff by the end of the experiment! 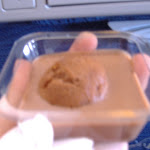 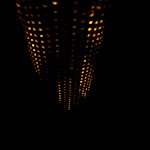 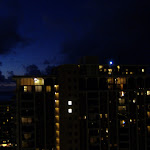