But once the music is composed, and the sounds are all edited, how do you play them back during a performance?

The old way was to play them through a CD player; you’d burn all your sounds and music to disc, and then track through.  God help you if you had to do a cross-fade on an actor cue though, because that would mean having two CD players, cuing them up simultaneously, and doing a manual cross-fade on the mixer.

There are better ways to do this.

In fact (and my boss, UCDP Tech Director Peter Freund would agree with me on this), there seems to be a trend nowadays to put more emphasis in programming and preparation, and to make playback mostly automated.  It’s true for lights (lighting boards are pre-programmed with cues, and then the lighting operator just hits the ‘GO’ button to go through each transition), and it’s now true for sound.

Check out this piece of software. It’s called QLab.  And it’s free!  This is what we use at the UCDP.

But there’s a small problem:  it’s only for Macs.  Which blows.

Actually, it really blows.  As a modern web-developer, I take cross-platform applications for granted.  Sure, IE may quirk out, but we can usually work around that (thanks jQuery!  Prototype!).  QLab, however, is Mac software, and that’s all she wrote.  It’s really kind of heartbreaking.

If I had the time, and if someone would pay me, I’d look into writing an open-source cross-platform QLab clone.  In Java, maybe.  There’s probably a ton of issues doing cross-platform sound work, but Audacity did it – why can’t I?

Oh, and yes, there is a free piece of playback software for Windows called Multiplay that’s alright, but I find QLab a bit more flexible. 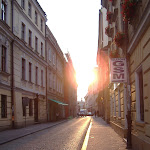 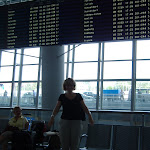 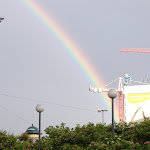