I haven’t always worked with computers.

Here’s a list of jobs I’ve had where I didn’t work with computers:

My first job in Grade 9.  I was a dishwasher for a fine dining restaurant.  Besides washing dishes, pots and pans, my responsibilities included preparing salads, desserts, and cleaning the washrooms.

One time, I was scrubbing the floor, and the head chef threw a box of knives into the sink over my head while I was just starting to stand up.

I didn’t stick around for very long.

My first and last job in the food service industry.

Later in high-school, I was a Quality Assurance Clerk for Peninsula Liquidators.  I think that was my title, anyhow.

This is probably the most interesting job on the list.

Do you know how Costco accepts returned merchandise, no matter what?  What do you think they do with the stuff you return?

And what about mishandled freight from Purolator?

They sell it in bulk to salvagers.  Salvagers like Peninsula Liquidators.

Whatever was worth selling got shipped to one of the PL stores.  If we couldn’t repair it, it was auctioned off.

It was a cool job because we never knew what we’d get when we’d open up a box.

I wasn’t there for this, but apparently, a “decoder module” for a fighter jet was found in some of the mishandled Purolator stuff.  They had to phone some government office, and some black vans pulled off and took it away.

Yeah, the mishandled freight from Purolator was probably the most interesting stuff.  You won’t believe what people will ship to one another.

I also worked as a gardener for a friends family for a few summers.  They had an absolutely massive yard.  Most of my job was weeding and replanting.

It was hard, sweaty work… but I liked it.

There are a ton of greenhouses in the town where I grew up. I worked in one for a summer.

This was probably the most exhausting, backbreaking labour I’ve ever done.  I can’t even remember what I did – it was so mindnumbingly repetitive that I think I’ve blocked most of it out.  I think I just did a lot of planting, and moving plants around…

And I had it pretty easy.  The Mexican labourors there worked harder, and longer, and probably for less pay.  They seemed happy though.  Happy enough to play a full game of soccer in the hot sun on our lunch break, while I panted, poured buckets of sweat, and caught my breath in the break room.

Have you ever been to a driving range to whack a few golf balls around?  Somebody had to sell you the bucket of balls.  That was my job.

Oh, and after you smack them all into the range, somebody has to go pick them up in a truck…that was my job too.

It was a pretty cushy job, actually.  No supervision, and a relaxed pace.  Probably the most exciting part was when some guy got whacked in the head with a golf club, and I had to call an ambulance.

Anyhow, I think that’s it.

2 thoughts on “Other Work Experience” 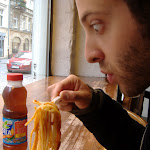 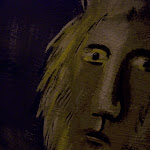 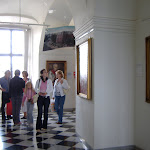