Some of you might be wondering what the advantage is of having Thunderbird share address books with Evolution.  I mean, what’s the point?  A user will most likely use Thunderbird or Evolution – but rarely both.  Why is sharing contacts between the two interesting at all?

So, the answer lies in how Evolution stores contacts.  If you’re running Evolution, you’re actually running two pieces of software – the Evolution client, and the Evolution Data Server (EDS).  The client is what most users think of as Evolution – it’s the program with the GUI that allows users to access and manipulate their mail, contacts, calendar, etc.

Essentially, if your Evolution experience was a restaurant, then the Evolution Data Server is the kitchen.  The Evolution client is just your waiter.  The waiter takes your orders and passes them off to the kitchen, the kitchen does all of the cooking, and then the waiter brings you the tasty results.

To stretch the restaurant analogy a little bit, what I’m saying is that the GNOME developers made it possible for you to order take out from the Evolution restaurant via a third-party.

So what’s the advantage of that?

Holy smokes, what a pair of months.  Remember when I told you that I was hauling ass on getting an EDS contact integration add-on up and running for Ubuntu Oneiric?  It didn’t stop – I’ve been continuing to haul ass ever since.

And now I’ve got something to show for my efforts!

Here’s a demonstration of my add-on in action:

If you’re using Thunderbird on Oneiric, I’d love for you to try the add-on.  All feedback welcome in this Google Groups thread!

Over the next few days, I’m going to write a few posts on what I did, how I did it, and what kind of difficulties I ran into along the way.

Until then, stay tuned!

As I mentioned last time, I want to extend the Thunderbird address book to support Ubuntu One contacts synchronization.

The answer:  because Thunderbird has been trying to shake RDF like a bad cold.  A developer named Joey Minta officially declared war on RDF in March of 2008.  The campaign to rid Thunderbird of RDF is almost complete.

So I’d hate to damage the war effort by adding more RDF code to Thunderbird.

The solution?  I have to finish what Joey Minta started – at least for the address book.  I have to replace all RDF-dependant code with something better – something extendable.

Then I can get down to work on the Ubuntu One sync.

So saddle up.  We have to hunt this RDF bum down.  For justice.

Remember my quest to integrate Ubuntu One contacts into Thunderbird?

So I spent a chunk of time over the last day or so looking at prior art – the efforts of others to solve the same problem.  (I’m using “prior art” pretty loosely.  I’m not by any means filing patent claims.)

Hedera is a Thunderbird extension, and probably the most direct solution to the Thunderbird and Ubuntu One integration problem.  With Hedera, all contacts in all address books are sent off to Ubuntu One, with metadata to keep the contacts in the right address books.  Metadata is also included to keep contacts distinct from one Thunderbird profile to the next (if you’re one of the rare users of profiles).

As of late, the extension has gotten a bit dusty – the author, James Tait, is currently working at Canonical, and hasn’t had much time to maintain it.

Despite that, it still does the job pretty well.  I was successfully able to synchronize my contacts to Ubuntu One, which made me fist-pump.  Great work, James!

However, after examining the code, I have a few concerns:

Users install the Funambol Mozilla Sync Client, which then syncs contacts with Ubuntu One over the mobile sync service.

It’s not a bad solution, and is the one advocated by the Ubuntu Support pages.

Here are my concerns:

Now, with respect to that last point, I’m not against paying for stuff.  Money lets companies like Canonical, Funambol (and Mozilla Messaging, for that matter) survive.  But I do think it’s a little silly that Thunderbird needs to pretend to be a mobile phone, and communicate through the mobile sync service.  That’s why I said Hedera was the more direct solution.

If I got any of that wrong, I’m sure someone from Funambol will comment and correct me.  🙂

Bindwood is an extension that allows Mozilla Firefox to synchronize bookmarks via Ubuntu One.  The reason I’m putting this up, is because a lot of good code has been written here to communicate with the DesktopCouch service.  If I resolve a few licensing issues, it might be possible for me to leverage some of that code to make the Thunderbird + Ubuntu One project move faster.

Evolution currently has Ubuntu One support built in, thanks to the Evolution-CouchDB project.

It’s an elegant solution, and addresses the issues I brought up with Hedera.

If I were to implement a similar solution for Thunderbird, it would mean that contacts between Evolution would be seamlessly imported into Thunderbird.  The behaviour would be exactly the same.  Consistency is good.  Consistency means happy users.

Unless I hear compelling argument for something else, I think this the behaviour I’m going to implement.

Mac OSX has it’s own internal address book, and many Mac-based Thunderbird users were crying out for integration.  A developer named Peter Van der Beken karate-kicked the bug (and may have collected a bug bounty on it…unsure), and now we have OSX address book integration.

The OSX address book integration is very similar to Evolution’s behaviour:  it creates a new address book within Thunderbird, and all contacts from the OSX native address book appear there.

As it stands, this integration is read-only.

Since we’re dealing with OSX, it means Objective-C is the name of the game.  Here’s the code.

Ugh.  Wouldn’t it be awesome to leverage some of the work from Bindwood, Hedera (and maybe Funambol…I haven’t examined their code yet), and implement the Ubuntu One integration all in Javascript?  Yes!  That’d be lovely!

Except for one thing.

I spent most of yesterday examining this one, and I think I’ve got my head wrapped around it.

So, RDF stands for Resource Description Framework, and it’s a way of representing information in a way so that machines can make useful inferences and queries about that information.  That’s a super-simplified definition.  Here’s something a little more robust.

What does this have to do with Thunderbird and Ubuntu One?

So what’s wrong with that?  Well, it means that if I want to add a special “Ubuntu One” address book, it has to register itself with the RDF service as an RDFResource.

So I might have to really start pushing on RDF removal from the address book.  If I go that route, it means that Ubuntu One synchronization would not be available for anything earlier than Thunderbird 3.3.  Ugh.

Sounds like it’s time for me to discuss this with my superiors.  I’ll let you know what I find out.

I’ve been silent about my work for a few weeks, which is a shame, because one of the top reasons why I accepted a job with Mozilla Messaging was because I was free to talk about what I was doing.

I’ve been neglecting that right, but only because I’ve been holy shit busy.  I’ve been blitzing my Ubuntu Unity integration work like a MoFo, and have gotten two Thunderbird extensions up on Mozilla Labs:

Ubuntu One is a service that allows you to sync things like files, bookmarks and contacts between different computers.  (Incidentally, Mozilla has their own service called Sync to do something similar with bookmarks and passwords.)

That’s a pretty cool idea.  Imagine it – you get a brand new computer, hook it up to Ubuntu One, and blam:  all of your bookmarks and contacts are already there waiting for you.

Currently, however, Thunderbird does not support sharing contacts via Ubuntu One.

And that’s what I’m tackling next.

At this point, my goal is to write an extension that will add a new address book to Thunderbird.  Any contacts that are currently stored and shared via Ubuntu One will appear in that address book.

I’ll deal with adding new contacts later – for now, I’ll just do read-only, to keep the complexity down.

So stay tuned.  Ubuntu One Contacts integration is coming… 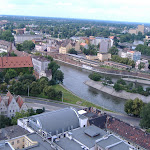 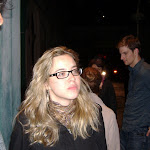